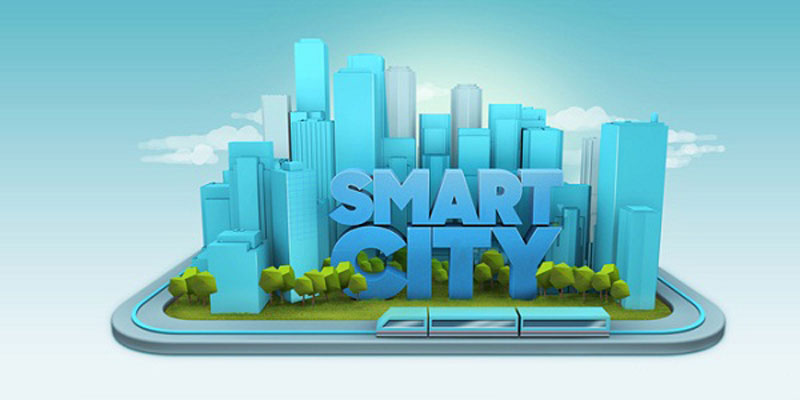 Indeed a proud moment for India as Bhubaneswar secured the 19th position in the Global Smart City Performance Index 2017. This study was conducted by the Juniper Research, which is a British Market Research Agency. The Performance Index calculated the top 20 smart city ranking and for the first time, an Indian city Bhubaneswar captured a space in the Global Smart City Ranking.

The joy of resident of Bhubaneswar is rising and so is the popularity and questions that how this city has grab a place amongst World's Top Global Smart Cities. Actually, in 2016, it has also secured the top position in the list of the Indian Smart Cities. Bhubaneswar the capital city of Odisha is one of the fastest developing cities in India. It has emerged as a prospective city for the real estate investors in the recent years. The BDA (Bhubaneswar Development Authority) has been developing the city infrastructure since 1983. It is operating under the State Government. In 2010, the government decided to implement a Comprehensive Development Plan (CDP) here. This plan was focused on developing a systematic city structure, enriching natural resources, constructing new housing colonies, and building integrated townships.

Let’s Get An Overview Of Global Smart City Performance Index!
The Global Technology player Intel sponsors the Global Smart City Performance Index. It ranks the 20 top global smart cities as per the IOT technologies. IOT denotes Internet of Things. The cities are judged on the basis of four major areas. These are mobility, healthcare, productivity, and public safety. The Juniper Research also considers the architecture and modern indicators of a city in the Performance Index. This study was conducted during July – September in 2017. Singapore secured the first position in this study leaving London and New York on the 2nd and 3rd position respectively. Some other cities like Tokyo, Chicago, Portland, etc., also made it to the Performance Index Ranks.

Bhubaneswar’s Journey!
Bhubaneswar’s government is focused on improvising the residential and industrial localities. In the past few years, the realty developers have developed the MIGs here. The MIGs played a pivotal role in the boom of the real estate sector in Bhubaneswar. Besides this, residential localities such as Khandagiri and Patrapara situated in proximity to schools, colleges, and industrial areas have become the major hotspots. The high living standards and systematically-designed localities gained Odisha’s capital the title of the second runner-up in the World Smart City Expo Awards of Barcelona in 2016. The city has also acquired the National Planning Excellence & Achievement Award in 2017 by the APA (American Planning Association).

Upcoming Realty Development Strategies
The motive of the Bhubaneswar Govt. is to make the best usage of the existing natural resources and the rich cultural background of the city. After CDP, the government is taking steps to introduce Satellite Townships across areas like Madanpur, Jagasarapatna, and Jagasara. The IL & FS IDC, in association with the government, is developing the integrating townships in Bhubaneswar for a vast population.

Some leading developers are showing interest in the market of property in Bhubaneswar. The DLF Group has already begun the development of Metro Satellite City Phase 3. The project comprises 300 duplexes and 250 apartments in the district of Rudrapur/ Naharakanta. The Metro Highway and TSL Spring City are two other budding real estate projects in Bhubaneswar. More than 80% of the demands for residential plots and apartments are coming from working professionals. Moreover, the real estate investors are booking the inventories in advance for letting them out on lease/ rent later.

More Aspirations!
In the Performance Index, Bhubaneswar received the Rank 13 for “safety” and the Rank 20 for “productivity, health, and mobility”. Overall, it received the 19th Rank. The government of Bhubaneswar aspires to fulfill other criterions to reach the top position in the Global Smart City Performance Ranking. According to the Juniper Research, implementing technologies in the major 4 areas (mobility, productivity, safety, and healthcare) can save up to 125 hours of each citizen per year. After securing a place in the World's Top Global Smart City Performance Ranking 2017, the city now aspires to get complete hold of these 4 areas for getting a higher rank in the 2018 Performance Index.

CM Gives Credit To People!
The Chief Minister of Odisha Mr. Naveen Patnaik applauds the residents of Bhubaneswar for keeping faith in its government. He says that the people of the city make living in Bhubaneswar a unique experience. Their belief in the BJD government and its infrastructural developmental activities has secured them the top position today. Patnaik says that the government would continue its efforts in creating Bhubaneswar a favorable place of living.