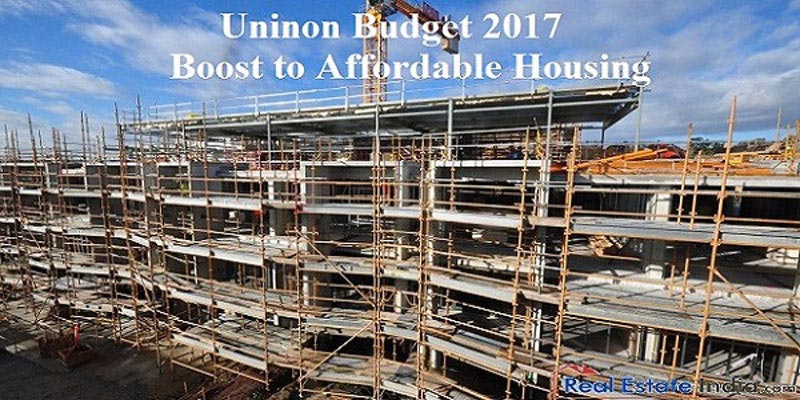 After PM Narendra Modi’s startling move of demonetization, the people of India were ardently waiting for the Union Budget. A lot of discussions were in the air to assume what the Modi Government would unfold in this year’s budget plans. While presenting the 2017 budget, Honorable Finance Minister Mr. Arun Jaitley commenced his budget-speech by stating the main agenda of this year’s budget, which was, TCE-India (Transform, Energize and Clean India). Among the pool of other announcements, one major announcement that struck the most was the one to give “Infrastructure Status” to Affordable Housing. This was yet another move by the government to undo the loss caused by demonetization on real estate in India by freezing the market in the last quarter of 2017.

Demonetization, as we all know, hit the realty sector real hard, making the housing sales an all-time low. To cover-up the upheavals in realty sector, the government came up with various offers like reducing the interest rates for affordable housing, Real Estate (Regulation and Development) Act and GST; however, the “Infrastructure Status” to Affordable Housing expected to be one of the most efficacious steps to bridge the supply gap.

Affordable housing is one section that has always been waiting to get an infrastructure status, which it finally received in the Union Budget 2017. This infrastructure status would encourage more developers to invest in the affordable housing sector; thereby speeding up the entire process of providing affordable housing for all by 2022. The developers could now get easy access to institutional credit, approvals for the projects and offer transparency to the entire process. They would now be able to raise loans at a lower interest rate which would increase the supply as they could easily make more houses at a lower price; thus offering homes at an affordable price to the people.

Arun Jaitley: Finance Minister, Cabinet of India
While introducing this massive move in the Union Budget, 2017, the current Finance Minister, Arun Jaitley said, “We propose to facilitate higher investment in affordable housing. Affordable housing will now be given infrastructure status, which will enable these projects to avail the associated benefits.” The move was to facilitate better and higher investment in the housing projects so that the dream of “Affordable Housing For All” is completed by 2022. He even said that the banks have already lowered the lending rates as a result of the high liquidity that is collected post demonetization; attracting more investors.

Brotin Banerjee: Managing Director and CEO, Tata Housing
Brotin is also one of those who praise the move made by Arun Jaitley to give infrastructure status to affordable housing. Let’s have a look at his comments on this, “Long-term financing at lower rates will reduce costs of construction for developers allowing them to pass on benefits to consumers. The new status will increase the resource allocation for the sector, catalyzing housing supply and reducing the supply gap.” Indeed, this infrastructure would bridge the supply gap for affordable housing and catalyze the entire process into completion by 2022.

Samir Jasuja: CEO and Founder, PropEquity
He feels that the infrastructure status will definitely trigger the affordable housing scheme as banks would lend financial resources for investment at a lower lending rate. He said, “One of the key demands of the real estate sector has been to get industry status to get preferential and lower borrowing rates from banks. This announcement will surely provide ample push for the affordable housing sector in India, a key initiative under housing for all.”

With so many positive moves undertaken by the government, there certainly is a bright light in the tunnel for property seekers, developers as well as investors in India. PM Narendra Modi’s mission to provide “Affordable Housing To All By 2022” seems like a soon-to-be-fulfilled dream now.

Budget 2017: Infrastructure Status Given To Affordable Housing   (Average Rating per Visitor : out of 5, reviews)