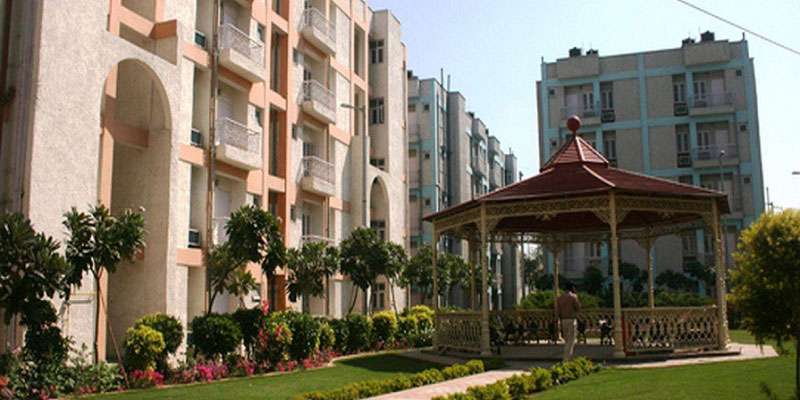 Here’s some good news for all the property seekers in Delhi. The Delhi Development Authority has launched the housing scheme 2019, and this is just its first phase. The authority is all set to sell 20,000 units for the homebuyers in various localities of Delhi. People have been eagerly waiting for DDA to launch the first phase of its housing scheme as those who couldn’t get a flat allotted in their name during the lucky draw can get flats on first come first serve basis.

DDA Housing Scheme 2019
The Delhi Development Authority has launched its 2019 housing scheme to offer houses at a cost-effective price. This year, the scheme would be launched in multiple phases and the first one has already been launched. DDA has offered 1,250 units for sale on the first come first serve basis. These are those flats which were surrendered by the applicants from the last DDA housing scheme and will not be up for allotment but only for first come first serve basis sale. Those seeking homes under this scheme can go to DDA’s online portal and make the booking of their flat by making the initial deposit asked by the authority ASAP. This would secure a flat in localities like Vasant Kunj, Narela, Seeraspur, and Ramnagar Colony without any wait for any lucky draw announcement etc.

This year, there are over 20,000 flats to be sold by the Delhi Development Authority. The low-income groups (LIGs) have 16,296 units reserved for them while the Economically Weaker Section (EWS) has around 3,624 housing units. These homes would a mix of 1BHK and 2BHK homes in localities like Vasant Kunj, Dwarka, Narela, Jasola, and Rohini. As per the reports suggested by the sources, the independent houses for sale in Delhi provided in the DDA Housing Scheme 2019 would have a bigger carpet area than the previous units. It is proposed that the 1BHK unit would have an area of 430 square foot (sqft) instead of earlier 323 sqft. Some of the top amenities and features offered in the current units are:

DDA Housing Scheme
Delhi Development Authority is the leading organization of the capital city that is engaged in charting out new schemes for its development. Whether we talk about the housing, planning, land disposal, engineering, sports, horticulture, finance, urban heritage, vigilance, architecture, or any other aspect of the city, it is the DDA that takes care of its development. The housing department of DDA, which commenced in 1967, is one of the most active departments that launches the DDA Housing Scheme almost every year to offer affordable houses to people belonging to all the income segments. It analyzes the housing requirements of the people and constructs houses for the common Janta, Economically Weaker Sections, Lower-Income Group, Middle-Income Group, and even the High-Income Groups. Accordingly, it constructs housing units like one bedroom flats, Janta flats, EWS flats, two bedroom flats, and three bedroom flats.

Once the construction is over, it launches the DDA housing scheme and welcomes the homebuyers to fill up their details and then holds a draw. The lucky ones get their names announced and can make the required down payment to get government flats registered in their names. One can choose their desired locality, block, floor, etc., while filling up the form and if they get lucky, they might just get the flat that they had dreamt of. It targets some of the emerging as well as popular localities in and around Delhi to construct its flats. One of the main reasons why people keenly wait for the DDA housing scheme is not just the amazing independent houses for sale in Delhi it offers but also because these are government authorized and they do not have to deal with any middlemen.