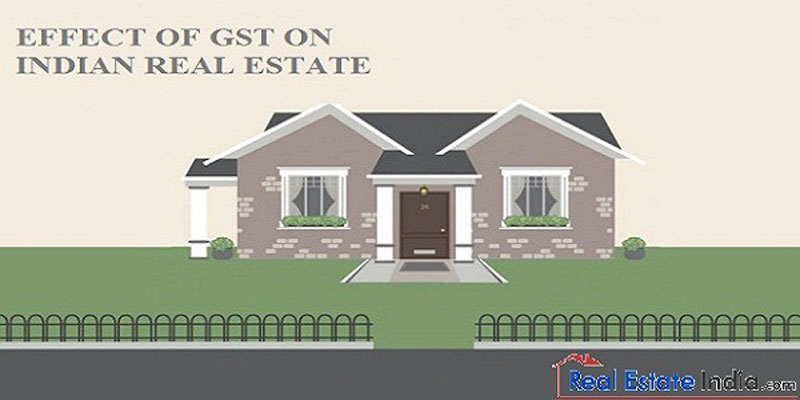 Everyone connected to the real estate business is waiting for the commencement of the 2017 financial year. “Why?” you ask. Simple, it’s because of the much-awaited GST or Goods and Services Tax bill that may be enacted on this day. Ever since it was unanimously passed by both the houses on 8th August 2016, people have been making various assumptions on how the implementation of GST would affect different sectors, especially the Indian real estate industry.

Once the GST gets implemented on 1st April 2017, all the individual central and state taxes would be merged together under one tax. There are a number of taxes levied by both the central and state government which are not clearly declared by all the states. As a result, many people have become a victim of dual taxation as well. With GST, there would be a much clearer and transparent taxation system for all the states. Let’s know more about GST and its implication on Indian real estate.

GST: A Brief Intro
The main question in the mind of every layman who is unaware of the term is, “What exactly is GST?”

GST or Goods and Services Tax, is a type of indirect tax that would be levied on the Indian nationals by the government. Presently, there are a number of taxes that are paid by the citizens of the country; with the introduction of GST, all these taxes would be merged into a single form. The several taxes that are now levied separately by the Central and the State government would no longer be individualistic and would be merged together as one. This GST would impact almost all the sectors. And real estate scenario in India will see a definite change with the coming of GST.

How It Will Affect The Indian Real Estate
GST or Good and Services Tax is said to be highly beneficial for the Indian real estate market. While earlier, people had to pay a number of taxes like Service Tax, VAT, Stamp Duty etc., while making a real estate transaction, with the introduction of GST, people would only have pay one tax in the form of Goods and Services that would cover all the above-mentioned taxes.

Presently, the buyers have to pay 3.75% of the total cost of the unit as Service Tax, 1-5% of the agreement value as VAT and a large amount of stamp duty to the state government as well. Apart from these main taxes, there are a number of other taxes like sales tax, entry tax, customs duty, excise duty etc., which are paid by the builders who have property for sale in India. They add these taxes in the final selling price of the home. With the implementation of GST, people would have to pay on GST in place of Service Tax and VAT. The overall money spent on taxes that rounded up to around 30 – 40% would be lowered to 15-18%, once the GST is introduced in India.

However, these will remain to be assumptions made by some of the real estate experts until the actual implementation of GST. The real result would only be visible on 1st April 2017. Till then all we can do is expect the GST to bring a positive solution to the rising cost of property in India. It would hopefully provide ease to those who seek to buy property in India by lowering the property price.

Effect Of GST On Indian Real Estate   (Average Rating per Visitor : out of 5, reviews)