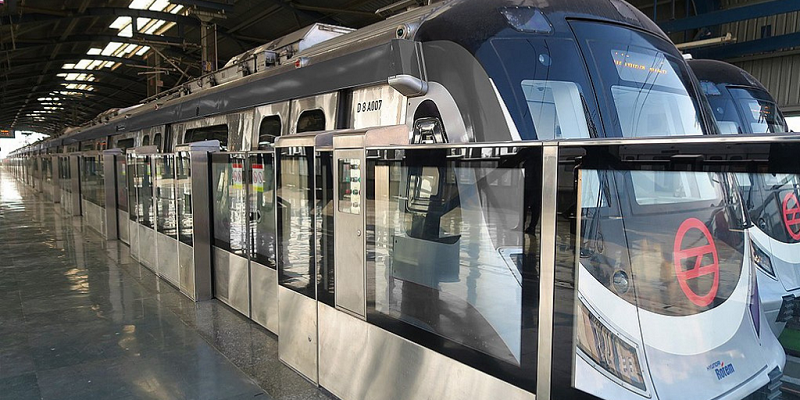 Undoubtedly, the Delhi Metro is an exemplary thing about the Capital City of India. It is the luxurious ride for the common man and carries more than around 24 lakh commuters on a daily basis. It has a total of 8 operational lines that connect different areas of New Delhi, Noida, and Gurgaon. Currently, there’s a brouhaha about the forthcoming Grey Line. DMRC is all set to expand the cobweb by officially operating the Grey Line in the forthcoming months. Its final work for connecting Dwarka-Najafgarh-Dhansa began in the month of January 2019. Apart from providing convenience to commuters, it will also have an impact on Delhi real estate. Read on and find out.

Impact on Delhi Real Estate
The construction of any transit infrastructure hikes the price of the properties in its vicinity, and undoubtedly, Delhi Metro is the classic example of this. Not only the commercial and industrial, but the residential sector of Delhi real estate witnesses a powerful impact due to improved connectivity. Moreover, better connectivity brings up more employment opportunities and increases demands for homes. The development of the vacant lands and spaces gains pace as the profit implication wings its way up. Let’s take a deep dive and excavate in detail.

Impact on Najafgarh Realty
In the year 2018, a route rationalization study was conducted by the transport ministry. It was conducted in order to gain a deeper insight into the connectivity provided by the feeder bus service in the Najafgarh area. It was an initiative taken to ensure that all remote areas are connected with a public transit facility at a distance of 500 meters at a frequency of 15 minutes. With the completion of the Grey Line metro, the rural area of Najafgarh will have improved access to the rest of New Delhi.

Impact on Dwarka Realty
Dwarka is cynosure to activities related to Delhi real estate. Since the Blue Line metro is already active in serving the population of West Delhi, its augmentation with the Grey Line will be an added advantage for boosting housing demands further.

Concluding It
It is assumed that when fully operational, Delhi Metro will make Dwarka sub-city one of the easily approachable locations in New Delhi. Moreover, it will also augment the Delhi real estate, especially in the areas like Najafgarh, Nangli, and Dhansa.

Impact of Grey Line Metro on Delhi Real Estate   (Average Rating per Visitor : out of 5, reviews)