What Should You Know About Teaser Loan Rates? 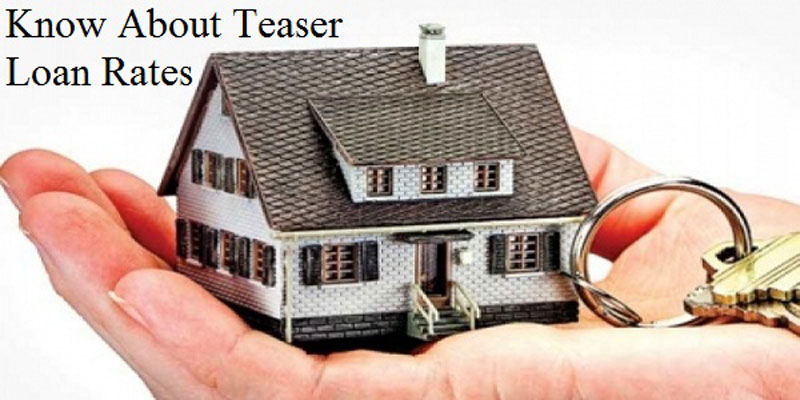 Buying a property has become an easier affair as compared to the scenario that prevailed a decade ago. Property prices have continued to climb upwards, but the main factor that has propelled the buyers is the availability of Home Loans at attractive rates that has increased their purchasing power. Teaser rates are one such phenomenon created by financial institutions to lure the buyers into availing home loans at reduced rates. While these sound very good from the investor's point of view, you need to be aware of the catch before signing on the dotted line.

What Are Teaser Rates?

These are special home loan rates that are lower in the initial years and later shift to a fixed or floating rate, as decided by the borrower at the time of availing the loan. The scheme was started by the Indian Banks' Association at the direction of Government and had loans of up to 5 lakh available at a discounted rate of 8.5% while rates for loans up to 20 lakh were fixed at an astonishingly low 9.25% for the initial five years. Available for a limited time, the scheme was soon lapped up by people who did not fully understand the implications until some time later. Even the SBI started offering Teaser Rates in its Easy Home Loan schemes and with the rising competition, even the private banks had to follow suit.

The Issue with Teaser Loans

Teaser Rates may sound very attractive but ultimately the borrowers have to face many problems as they are lured into taking huge amount of loans that cannot be paid back when these rates change. The fate of such loans has a direct association with the Sub-prime crisis in the US, where borrowers took second loans for repayment and were in a good condition till the property prices were rising. But with the stabilization that later came through, they were stuck with two loans.

The Debate: To Take or Not to Take a Teaser Loan

The difference between the lending and property scenarios in India and America is very wide, as pointed out by the bankers.

RBI Predicts: The Road Ahead

Teaser rates are actually a cause of concern for the Reserve Bank of India as well because of the simultaneous rise in the property rates. As per their forecasts, these rates can drive people towards placing expensive property bets and if the interest rates continue to rise, then the borrowers will face much difficulty in paying the installments. If the real estate prices are corrected it could also lead to raised defaults and that's why RBI has increased the basic teaser loan provision from 0.40% to 2%. Availing cheaper rates on loans is not a problem if you can smartly manage it later. So try to understand the terms properly at first and take the market factors into consideration while availing such schemes.

What Should You Know About Teaser Loan Rates?   (Average Rating per Visitor : out of 5, reviews)