Is it advisable to invest in residential plots in Dholera SIR? 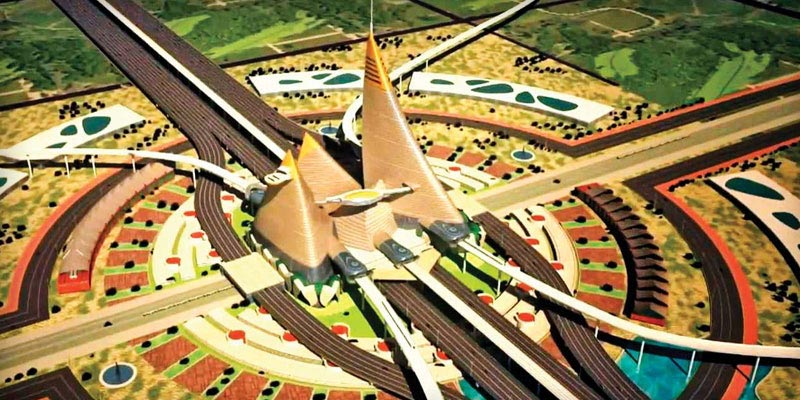 Residential plots for sale in Dholera SIR are considered to be an ideal national investment option.

With the growth of India's first smart city, confidence in Indian real estate markets has grown, which in the last two years have otherwise slowed down. The special investment region of Dholera is being built as a mega intelligent town in Gujarat Ahmedabad, scheduled to finish by 2040.

Due to its economic growth, the city is known to be a great place to live and also a beautiful place in which to invest. The investor group is especially inclined to park its funds in Dholera SIR residential properties, including all of the property options in Dholera. Let us know what the city offers and why the area is attractive.

Place And Networking
The place of Dholera fits very well for her. The vibrant state of Gujarat, approximately 100 km from Ahmedabad, is the location of the capital. Dolera's economic importance and opportunities are increasing near the Delhi-Mumbai Industrial Corridor as a significant investment node on the corridor. The city is well linked by road and train to all major cities and the international airport of Dholera. The port of Dholera, too, is connected via the sea route to facilitate the transportation of commodities and raw materials.

Pace And Progress Of Development
The DSIR project is being tracked strictly as a maiden smart city project in India and is intended to follow strict deadlines. The state and central government are providing continuous funding and other assistance and numerous critical sub-projects have been quickly followed up. The city is soon to be India's fastest-growing city with unmatched economic potential. The investment made in the city in the form of the purchasing of residential parcels of Dholera SIR or other property variants would have a significant impact on the investor.

Cheap Property At Its Existing Prices
Until recently, Dholera was a backward and undiscovered town. The property values here then stagnated and could never achieve their real worth. This serves as a golden opportunity for investors to existing valuations on Dholera SIR residential parts and residential apartments. In a very brief period of time, the profits shall be exponential.

Economic Possibilities
The city's economic potential is crucial. In only 2 decades, 2 million out of a few thousand people will live in the area. Eight new lakh jobs are to be developed in the area to finance them. In Dholera, there will be an unprecedented era of opportunities that will benefit citizens as well as investors.

Ahmedabad-Dholera Expressway
The Ahmedabad-Dholera Expressway was announced as of 10 years since it was cut to Rs2.431 by the National Highway Authority for India. At a cost of Rs 3,000 crores, the project is being constructed into three blocks. The foundations of the project will be laid by Prime Minister Narendra Modi in February and the construction will be finished by 2022. It would be Dholera, Bhavnagar, Amrapali and other coastal areas' biggest road area infrastructure network. South Gujarat with Ahmedabad. Around 80 per cent of the property, compulsory for release of funds, has been purchased.

Dholera Metro
The Gandhinagar-Ahmedabad metro, which is planned as a high corridor, and is also to be linked to the International Airport Dholera, is to be extended in the next few years. Although the Delhi-Mumbai Industrial Crossroads has already approved the Metro Network, it is possible that Dholera and the other coastal cities will have direct communication with Gujarat International Finance Tech City (GIFT).

Final Words
For real estate investors, Dholera's investment is being trendy and expects a shorter period of better returns. To meet our customers' rising aspirations by creating world-class. Immobilizing options and redefining expectations for lifestyle.

Is it advisable to invest in residential plots in Dholera SIR?   (Average Rating per Visitor : out of 5, reviews)