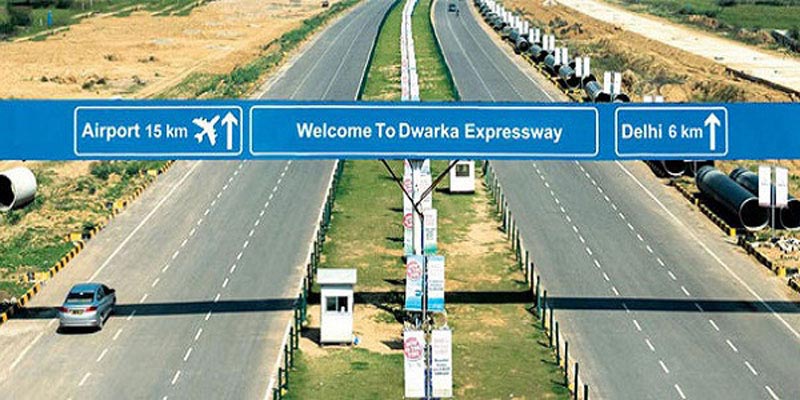 Dwarka Expressway, also known as the Northern Peripheral Road, has recently gained the stature of a National Highway. This Expressway is a 150-meters wide, 18-kilometers long road that is set to connect the Dwarka area in Delhi to Gurgaon in Haryana. Starting from the Shiv Murti at Mahipalpur in Delhi, the expressway would terminate at Kherki Dhaula Toll Plaza in Gurgaon. Various sectors like Sectors 37C, 37D, 99, 99A, 101, 102, 103, 104, 105, 106, 107, 108, 109, 110, 110A, 111, 112, 113, 114, and 115 are covered under the expressway project. As the project commenced, the areas adjoining the expressway project started gaining prominence among the buyers. And as soon as the Ministry for Road Transport, Highways and Shipping announced that this expressway would be granted National Highway status, the demand for plots for sale in Dwarka Expressway soared higher than ever.

Residential Development Scenario In Dwarka Expressway
Due to many hurdles in land acquisition, the completion of the project has been halted and delayed many times. The builders in Dwarka have been apprehensive about the area during the initial stages of the project development. But when the National Highway Authority of India acquired the project in June 2016, the builders and developers gained confidence in the area and started coming up with new residential project. Around 79% of the residential projects are under-construction or in near-completion stages while just 21% are fully completed and ready-to-move-in. In fact, a number of completed residential projects in the Dwarka Expressway area have already received the part Occupation Certificate (OC). The Haryana Urban Development Authority has invested a lot of money in the infrastructural development of the areas. Major infrastructure development includes water distribution network, electricity lines, sewage pipes, and sector roads etc. For those looking for residential property in Dwarka Expressway area, there are plenty of options like high-end villas, apartments, and residential plots.

Why Are Buyers Showing More Interest In Plots?
There are many reasons why buyers are investing their money in plots in the Dwarka Expressway region. Although the price of residential projects, including, apartments, flats etc., have fallen by around 5% in the past few years due to the hurdles in the project completion, the value of plots in this area is projected to increase manifolds in the coming years. Another reason why buyers are looking for plots in Dwarka Expressway region is that they offer higher flexibility and their appreciation rate is also much higher than other forms of property.

As Dwarka has gained prominence as the real estate hub in Delhi NCR, its connected areas are also undergoing a transformation. The Dwarka Expressway area is experiencing rapid growth and development and attracting buyers with its amazing options in plots for sale.

Everything You Need To Know About The Plots For Sale In Dwarka Expressway   (Average Rating per Visitor : out of 5, reviews)