Invest in SIGNATURE CITY Residential Flats in Delhi at P2 Zone Burari (Outskirt Rohini) at an Integrated Township At The part of Delhi Development Authority (DDA).

* Approved By Govt. of Delhi (DDA)

Booking Started at Just in "10% Only, On Land Cost"

* Rate is According To Covered Area Only.

The Narendra Modi Government Has Planned To Set Up 100 'Smart Cities' And Naidu Said That the First Such City Will Come Up In The National Capital.

"Delhi is the Heart of India And The First Smart City Would Come Up Here. The City of Barcelona In Spain Has Also Promised Technological Support To Us in Our Effort in This Direction."

With highlights including but not limited to Delhi University, Old Delhi Railway Station, ISBT, Azadpur Mandi etc., North Delhi holds an unique position in the map of Delhi. Administratively divided into subdivisions such as Sadar Bazar, Kotwali and Civil Lines and with a population of 7,79,788 (2001 census), it is counted as one of the busy and crowded areas of the town. Many renowned educational institutions are located here and the area is conveniently connected with rest of the parts of the town.

Image Gallery of this Project

As a society our objective is to provide quality housing at affordable prices to our members in Delhi with all modern amenities like 100% power back-up, designated parking, gymnasium, swimming pool et ...Read more

As a society our objective is to provide quality housing at affordable prices to our members in Delhi with all modern amenities like 100% power back-up, designated parking, gymnasium, swimming pool etc to achieve complete convenience living, at a stone’s throw from central Delhi.

Signature City Get Best Offer on this Project 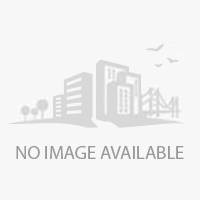