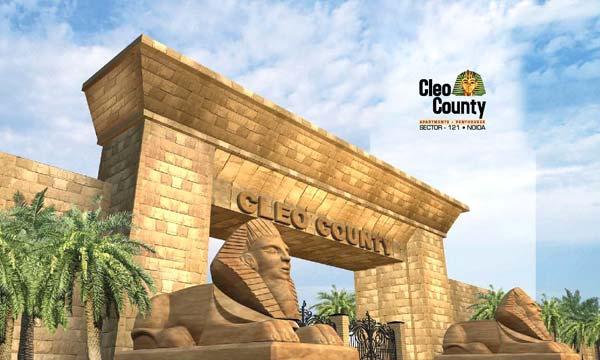 No culture has left its influence on the world more than the Egyptian culture. Its past can be traced to the Great Egyptian Civilisation. As the time passed it grew both in size and wealth under the stewardship of its ambitious Pharaos. One of the areas they left their mark was architecture. Cleo County seeks its inspiration from the rich built heritage of ancient Egypt. The project itself has been named after one of the most beautiful woman of the time, the name that still stirs passion, Cleopatra. Cleo County combines the beauty of the legendry Queen and blends it with the Egyptian architectural theme. With portents to take apartment architecture to the next level, Cleo County is the fourth residential venture of the promoter in NCR Delhi. And it goes without saying that all its projects are known for their aesthetic design and impeccable construction quality.

With lion's body and man's face Sphinx, the mythical figures are belived to guard temples of ancient Egypt. These are towering monolithic structures combining strength, grace and beauty. In Cleo County such Sphinx will adorn the main entrance seemingly standing as guards.