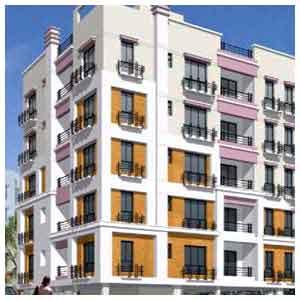 Angel Tower is amongst one of our many successful ventures in the field of real estate. Angel tower has redefined the way people look at real estate by providing state of art facilities and amenities to its clients. Though a few sample flats have already been showcased with a wide media coverage that includes all the channels like newspapers, local television channels, radio channels, Angel Tower has attracted a lot of public admiration and enthusiasm. Located in the posh area of Saltlake Sector-V, Angel Towers has proved to be the next big thing in Kolkata. The many other factors that escalate the ownership factors in Angel Towers are that it is affordable and includes all the luxuries that one could probably ask for. With a gamut other factors like in built community clubs, gymnasium area, swimming pool and separate swimming area for kids, Angel Towers has been compared equal to the America’s biggest real estate conglomerate Donald Trump’s initiatives.

Since Angel Tower is easily connected by road, we have been receiving many other international offers as well. A lot of tourists who are touring Kolkata have also expressed their desire of owning a property in Angel Tower. Since this property can be testified by influential people of Kolkata, its better to be late than being sorry!