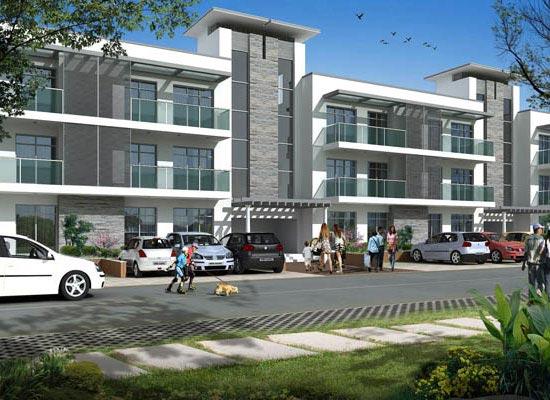 Omaxe Chandigarh Extension is an integrated township of international standards proposed over a sprawling area of approx. 1,000 acres launched by Omaxe in 2010 to meet the growing housing demand of Chandigarh. Tactically located in Mullanpur, Omaxe Chandigarh Extension is close to the upcoming metro line and bus terminal in the vicinity. Previously, Omaxe launched plots and group housing in the proposed township. After receiving overwhelming response towards the plots on offer, Omaxe went a step further to launch “Silver Birch” which offers independent floors packed in a perfectly planned concept of G+2 homes.? Set amidst green environment and provision of host of recreational and entertainment facilities, Omaxe Chandigarh Extn will be a masterpiece offering the customers a complete package of lifestyle at a distance shorter than expected.

Omaxe Group is one of the leading real estate development and construction company with footprints in Township, Commercial – Shopping malls, Office spaces, SEZs and company have 31 town in 10 states in northern southern and central India.

Omaxe is the most innovative and first to introduce the concept of sample apartments. Omaxe have 40 group housing and integrated township projects which are in planning or construction stage.Omaxe have the concept of ready-to-move-in homes and luxury apartments and penthouse. Location of Omaxe Chandigarh Extn. Mullanpur near PGI will be an integrated and self sustained township over 300 acres at Mullanpur, Chandigarh.

Omaxe Was Founded By Shri. Rohtas Goel , a First Generation Entrepreneur, a Civil Engineer By Qualification and a Visionary Having More Than Two Decades of Experience in Construction and Real Estate Development. Mr. Goel, as the Chairman & Managing Director of Omaxe Has Been At the Forefront, a Man with a Mission of Building Globally Comparable Quality Residential & Commercial Projects, His Motto “turning Dreams Into Realty “ omaxe Has Received a Number of Awards from the Industry, Recognition of Its Continued Efforts Towards Achieving Excellence and Quality.